When it comes to getting a good night’s sleep, you have to know that there are plenty of things that play a role in this. It is not always easy. In fact someone who is able to get a full night’s sleep without any issues is known to be lucky. This is because sleep disorder types are many.

It is more like insomnia. This means you may be having certain health conditions which is leading to you having restless nights. Among them sleep apnea is also common. It is going to impact your safety, relationships as well as your school work and other issues.

Also you will likely be suffering from issues like diabetes and even heart diseases.

All of this comes together and leads to you suffering from several sleep disorder problems. When you are not getting enough sleep, that can also play a role in how you are feeling, impacting your quality of life.

In this article I am going to be talking in detail about this condition. And ways in which you can identify the sleep disorder types.

What is Sleep Disorder?

First of all, let’s get a quick overview on what exactly does this condition even mean?

It is actually a condition which is impairing and not allowing you to get a full good night’s rest.

That means you will likely be suffering from daytime sleepiness.

It is common to suffer from not just that but other symptoms too.

When talking of sleep disorders, there are a couple of things you can identify which suggests if you have this condition or not. Among them are:

Now that I have given you a good overview on what does it mean to have this condition, I will now be talking in detail about the sleep disorder types. Identifying them properly is crucial in order to understand how they impact your life.

Other Symptoms of Sleep Disorders

It is imperative that you know of the various conditions one has to suffer from in case they have one of the sleep disorder types.

While you already know that there are different types, the kind of symptoms one has to g0 through, are quite similar to one another in nature.

So it is best to know these and identify them, allowing you to get the best kind of treatment for this condition. Look at the list below to allow you to decide whether you are suffering from this condition, and what to do about it:

Sleep Disorder Types: Identifying Which One You Have

The thing is that there is not just one constant kind of sleep disorder. There are different sleep disorders which are impacting your health.

It is important that we understand and look at the underlying condition. That will allow us to hold onto and make a clear understanding on why someone is suffering from it.

So now I will be sharing some of the leading sleep disorder types, which you or a friend or close one must be suffering from. As these can become relatively common. And you need to get a good treatment in time to combat it.

This is a sleep disorder in which you are not having the ability to actually fall asleep quickly.

Also in case you do get to sleep, it is not a deep and long one.

Most of the common causes are that you may be suffering from stress, anxiety, as well as certain hormone issues as well as even digestion concerns.

All of this points towards this condition which you are not able to control and manage properly.

How is it harmful to you?

This is because having insomnia means that there will be certain other issues that you have to deal with as well. They include:

This is yet another common kind of sleep disorder types. It is basically when you are having to take in pauses in your breathing as you try to sleep.

We can call it as a serious medical condition which impacts your whole body.

It is extremely important to identify why you might have it because it means you are taking in less oxygen.

The condition can be severe and can cause your body to remain in a state of wakeless even during the whole night.

Despite being in bed and having to sleep, it will seem like that you haven’t been sleeping at all. Excessive yawning is also common in this.

So when talking of sleep apnea, there are basically two kinds:

Obstructive sleep apnea– this is the kind in which the flow of air stops. That happens when the airway space is actually too narrow. And when that is happening, you will not be having a good passage of air to pass through.

Central sleep apnea– and this is the kind which is actually relating to the kind of problems you face which are forming a connection between your brain as well as how muscles are controlling your breath. Having a sore throat due to keeping mouth open is also common.

Both of these kinds of sleep apnea are actually becoming common. But you need to know one from the other, so that you can get a proper treatment on this condition.

This is also becoming quite a common issue. It is what we call as RLS also. You will notice how some people while sleeping will be having an intense urge in which they keep on moving their legs.

This is something which happens not only when you are resting in bed.

But you can also suffer from it when you are sitting for long periods of time.

Or even you are driving or during some other time.

Associating it with concerns like daytime sleepiness and excessive sleepiness, irritability and concentration is what makes this condition worrisome.

In most cases people who are having this condition may be forming a habit in which they continuously shake their legs so that they can control their uncomfortable sensation.

When we talk of sleep disorder types, this one will not be as common as others but it still happens.

It is actually a neurological disorder. And what happens in this one is that your sleep regulation is getting impacted.

This means you will not be able to have a control over how sleep and wakefulness are connecting together.

If a person has this condition, then they will be suffering from daytime sleepiness and also have to go through intermittent and uncontrollable episodes of complete restlessness.

It is also when you have muscle weakness and will not be having a good control on your emotions.

In this article I spoke of some of the leading such types. We spoke on ways to identify them, how they impact someone’s health and having a good control over how they impact you.

All of these factors come together in allowing you to have a good handle on managing your health in an effective way. This is why it is essential to diagnosing a sleep disorder correctly. 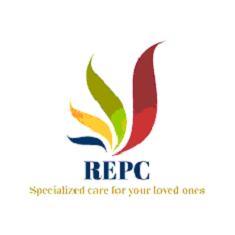